Welcome to the HBO Family Wiki![] 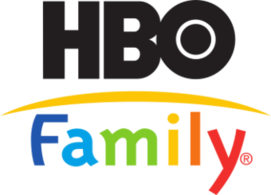 HBO Family is Home Box Office's family-oriented channel, launched in 1996. The channel specifies in kid-friendly (G, PG, PG-13) movies, as well as several animated series. Please feel free to edit or create any pages on this wiki that need to be created, or just stay and browse!

But first, it is highly recommended you read the rules:

Community content is available under CC-BY-SA unless otherwise noted.
Advertisement